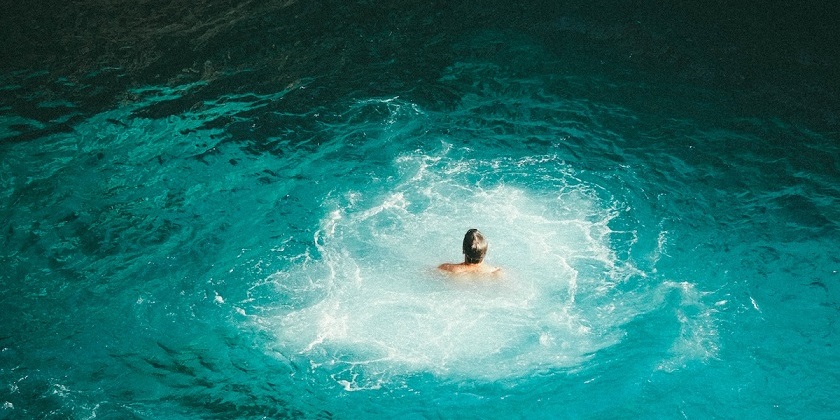 A few friends recently asked me how to go about putting more of their savings into the stock market. Is it better to jump in all at once, to average-in over time, or to wait for a market correction? They’ve been held back by a litany of worries—the durability of this eight-year bull market, the distortionary effects of Quantitative Easing, technological disruption, populist political movements (Trump, Brexit, Le Pen), the potential dissolution of the Euro, pension deficits and demographic time-bombs, to name just a few.

I wondered if some of Elm’s recent research might offer fresh perspectives, beyond the useful axiom that ‘time in the market is more valuable than timing the market.’

Step 1: Determine your desired long-term allocation
One of my father’s favorite jokes was about the village simpleton, Mullah Nasruddin, who was out one sunny morning searching for something in front of his house. A passer-by asked him what he was doing. ‘Looking for my watch,’ he said. After some time looking around, the perplexed onlooker asked him if he was sure that he lost it there, to which Mullah Nasruddin replied, ‘No, I lost it in my shed, but it’s too dark in there to find it.’

In that spirit, let’s think about stock market returns where we have the clearest view — in the long term. With a long enough horizon, equity returns primarily boil down to earnings and dividends, which are easier to predict than sentiment-driven changes in valuation. The cyclically-adjusted earnings yield of the global stock market today is about 5%, and the dividend yield is about 2.5%, which suggests a long-term expected compound real return of about 4 – 5%.2 This is consistent with a survey we recently conducted of 120 financially sophisticated friends-of-Elm who on average expected a compound return of 4.2% above inflation for US equities. Given the substantially cheaper valuation of non-US equities, I suspect the survey average would have been 5% if we’d posed the question for global equities.

Once you’ve decided on your forecast, the next step is to think about how much you’d like to have allocated to equities given that forecast. To do this, you’ll need to consider the risk of equities and your personal degree of risk aversion.3 We’ve recently circulated three short notes on this topic,4 but it’s also just fine to think about the problem more holistically and intuitively, and arrive at an optimal allocation that feels right without getting too technical. By way of illustration, I expect global equities to deliver a long-term compound expected return of about 5% above inflation, resulting in my personal optimal allocation to equities of about 70%.5

It’s important to realize this is not a binary decision; your optimal allocation will be higher or lower depending on your forecast of the return of equities, and only if your expected return is zero (or negative) would you want to have no equities at all.

Step 2: How much to worry about the short term?
Unfortunately, there’s a lot of evidence warning us that it’s very difficult to forecast short-term equity returns.6 It’s true that when equities are cheap, measured by any of the common valuation multiples, their returns over subsequent periods are higher than when they are expensive by those same measures. Although we’re already taking account of this in our long-term forecasts, some investors worry that in the short-term the performance is more exaggerated from the effect of valuation reverting to ‘fair’ value.

While we don’t have enough historical data to draw precise conclusions, what we do have suggests that the commonly used valuation multiples don’t give us much extra predictable valuation change in the short term. For example, if we look back over the past 130 years of US equity market experience (using Yale Professor Robert Shiller’s dataset), when PEs were in the highest decile, subsequent one-year real returns were lower than average, but still had a mean positive annual return of 3.4%.7 This is not to say that you can’t have an expectation that equities are going to go down 10% next year, in which case you really shouldn’t own any equities at all. It’s just that if you do happen to think equities are going down next year, based primarily on equities being over-valued, it’s useful to know that history is not on your side.8

If your short-term forecast is different to your long-term one, it is the short-term one that should primarily drive your decision.9 For example, if I thought next year’s return of equities was 3% instead of 5%, then my desired allocation would be 50% rather than 70%.10

The Benefits (and Cost) of Wading in Gently
Once you determine the allocation that’s right for you, how should you go about getting there? Most people who ask this question probably already know that cold logic dictates that we should immediately make the adjustment and move our allocation to the optimal point. An incremental adjustment over time, i.e. ‘averaging-in,’ is not financially optimal. However, averaging-in does provide a psychic benefit for those of us (most of us) that are predisposed to seeing the glass as half full when it comes to our past decisions. If the markets go up over the period that we’re averaging-in, then we can be glad we got some of our savings invested at the beginning, and if the markets go down, then we can be comforted that we didn’t invest the full amount right at the start.

For example, if an investor put money to work in the stock market over the course of a year in four equal allocations, there would be an 80% chance that at least one of those purchases would be in profit when looking back from the end of the year.11 Viewed from a slightly different angle, there’s only a roughly 1 in 3 chance that the lowest value of the stock market occurred right at the start of the averaging-in period.

When does ½ = ¾ ?
Building up your allocation to the desired level over time does leave some expected return on the table. But, if you subscribe to the expected utility framework that we’ve recently been writing about, you’ll find that the expected cost is quite low. This is because as we increase our allocation to equities, our expected gain goes up in proportion to our allocation, but the cost of risk grows faster than in proportion to our allocation. In the case of the most popular family of utility functions, it goes up quadratically, that is, in proportion to the allocation squared.12 In other words, we should require 4 times the compensation to bear 2 times the risk. This relationship between return and risk results in Expected Utility as a function of our allocation taking the shape of a parabola. As you can see in the chart, the curve flattens out as we approach the optimal point, which means that going the last part of the way to the optimal point doesn’t get us a lot of extra expected utility. Recall also that at the optimal point, the risk-adjusted return of our investment is equal to half the gross expected return. Combining these two effects means that averaging-in to your optimal allocation costs relatively little in terms of risk-adjusted return. For example, the expected cost of averaging-in over a year from a 0% to a 50% allocation to equities has an expected risk-adjusted cost of only 0.40%. I suspect this is a cost many investors would find worth bearing to get the comfort of wading into the market gradually. Of course, the cost to you of adopting such an approach will depend on your desired allocation and the averaging-in program you choose.

Warning: not all averaging-in plans are created equal
The averaging-in we’ve been discussing is a disciplined program of investing a fraction of your savings into the market regularly, over a pre-defined period of time.13 Some investors are attracted to the idea of contingent averaging-in, where they plan to increase their allocation to equities only if they fall below some target price level. The problem here is that the investor is taking the risk of the market going up and never (or at least for generations) coming back down again to the target level, and thereby incurring a very significant opportunity cost. To illustrate, let’s consider an investor who adopts a plan of setting a target 10% below today’s market to take his allocation to equities from 0 to 50%. Assuming an expected compound return of 5% above inflation, and evaluating this to a 10-year horizon, there’s a roughly 1/3 chance that he never gets a chance to invest, and the result is he is incurring an expected, risk-adjusted opportunity loss of about 12% of his savings. This is the expected outcome. For an idea of a worst-case outcome, we need only think about an investor who in early 2009 set a target 10% below the level of the markets, and is still waiting for Godot while investors who averaged-in to the equity markets nearly tripled their investment.

Conclusion
Once you’ve decided on your target allocation to equities, perhaps with greater weight on the long-term return driven by earnings than on predicted short-term expected changes in sentiment, the next step is to decide how to get to that target. Choosing a plan is ultimately a matter of personal preference, as any approach other than moving straight to your optimal allocation is financially sub-optimal. However, some plans are less sub-optimal than others. For example, averaging-in over one year has quite a low expected cost. More efficient still would be to immediately move about 50% of the way to optimal (thereby getting 75% of the benefit) and then moving the rest of the way over the course of a year. At the other extreme, following a contingent plan that only goes into action when the price of equities drops by some threshold amount is a risky approach with a high expected cost. In the end, any plan is a good one if it overcomes the inertia and anxiety that hold us back from our chosen investment destination. And, once we’re in for a while, another powerful human trait, forgetfulness, will make us wonder why we spent as much time as we did contemplating the plunge.