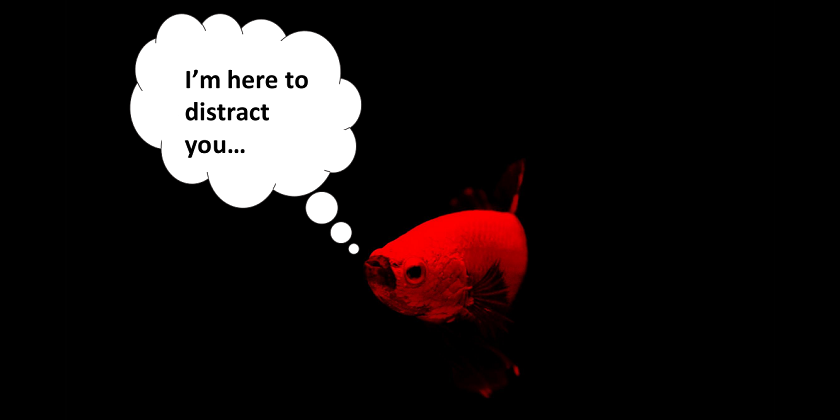 By Victor Haghani and James White 1
This post was first published on Bloomberg Prophets.

There may be many reasons to worry about the current record price levels of U.S. equities, but agonizing over the fallout from valuations reverting back to their historical averages should not in itself be high on the list. In fact, deviations from the mean for one popular valuation measure – the cyclically adjusted price-to-earnings ratio – don’t actually tell us much about expected market returns.

What makes this particularly important now is that the CAPE stands at 30. The CAPE was equal to higher than it is today in only 59 of the 1,640 months going back to 1881, or less than 3.6 percent of the time. 2 On average it takes about five years for the CAPE to move halfway back to its 16.8 historical average, based on a simple regression analysis.

Investors are understandably concerned that if it’s correct to expect the market to revert to a CAPE of about 24 over the next five years, then equities should drop about 22 percent, assuming earnings stay constant. No wonder so many are waiting for a stock market correction before putting more of their savings to work.

Although there is statistical evidence that the CAPE is indeed mean-reverting, this process isn’t as strong as it can appear from the chart above. There’s a well-known result referred to as “reversion-to-the-mean bias,” which is that even random events, which by definition have no mean-reversion, often appear to be doing so for a while, sometimes quite a while, if the observer wrongly assumes that the recent level is the true mean. That’s essentially what we’ve done by looking at the CAPE history relative to the mean calculated from today’s vantage point. Elroy Dimson, a London Business School professor and renowned stock market historian, sees this as a big effect: “Much of the evidence for mean reversion is based on optical illusions based on hindsight.”

Also, a significant amount of the CAPE’s mean reversion is realized by earnings catching up with stock prices, rather than the other way around. For example, assuming the S&P 500 and earnings stay roughly where they are, the CAPE will drop from around 30 to about 25 in three years as the depressed earnings of the 2007-2009 period drop out of the 10-year lookback window for the CAPE.4

Most importantly, the outright level of CAPE, or more precisely, the cyclically adjusted earnings yield, known as 1/CAPE, is itself a pretty good predictor of future real equity returns.5 This makes it hard for another metric based on CAPE, such as its deviation from its mean, to add much information. The cyclically adjusted earnings yield when used by itself in a linear model explains about 25 percent of the variation in realized 10-year equity returns. Adding CAPE’s deviation from its mean as a second factor fails to explain any meaningful additional variation, indicating it has little extra predictive power.6 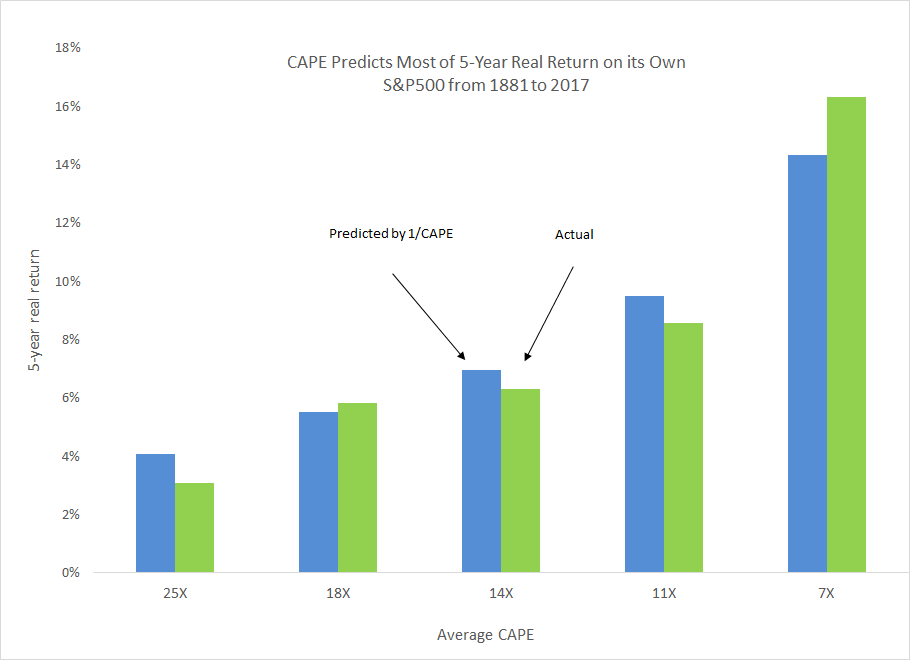 Today’s CAPE is telling us that we should expect equities to give us a real return in the long-term of 1/30, or about 3.33 percentage points, above inflation. This is a lot less attractive than the real return of 6.4 percent delivered by the U.S. stock market since 1881, though it’s somewhat more attractive compared with today’s long-term real rate offered by U.S. Treasuries of just under 1 percent.

History and common sense tell us that paying a higher earnings multiple for equities lowers the return one should expect to earn. History, however, is not telling us that a mean reversion of the CAPE is likely to deliver either a hit, or a windfall, to equity returns. Of course, history is not necessarily indicative of the future, and investors may have other reasons to expect equities to perform worse or better than predicted by 1/CAPE, especially in the short term. A historically driven fear of mean reversion should not be one of them.