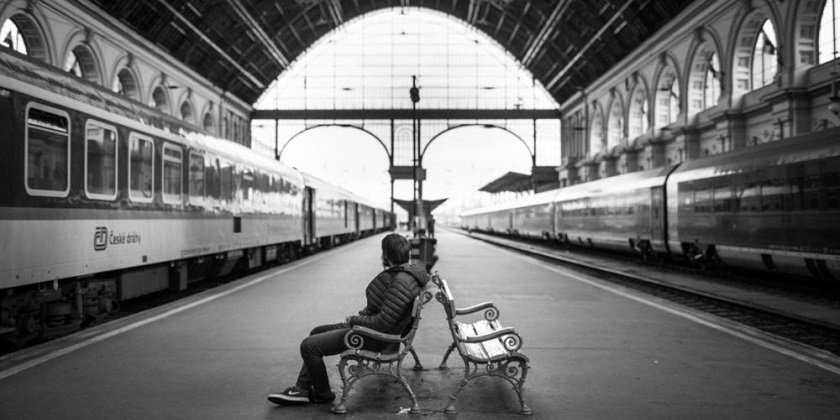 A few weeks ago, one of our investors told us she had some cash that she wanted to add to her account with us, but that she felt the market was at such a high level that she should wait for a market correction before putting it to work. She was confident that a market drop would happen before long, and she saw little downside in waiting for it. We’ve been hearing this general sentiment from many of our investors, and potential investors, and thought it timely to share some thoughts and analysis on this topic.

While we share our investor’s concern about the current valuation of the US market, we told her that in fact the downside to waiting is more than meets the eye. While the probability of a correction at some point is indeed quite high, the correction may happen from a much higher market level, or may take so long to happen that she stops waiting and gets “pushed in” at a higher level. In fact, under the assumption that the market follows a random walk, as long as you believe the expected return of the market is higher than what you’d earn on your cash, the expected opportunity cost of waiting for a correction exceeds the expected benefit of investing after the correction.

In practice, few investors believe markets efficiently follow a random walk, even though it’s a pillar of finance theory. Investor beliefs do tend to be strongly influenced by history though, so let’s look at Yale Professor Robert Shiller’s US stock market data going back to the late 1800s.2 Before describing what we found in this data, we should lay down a few caveats: 1) historical market behavior is not necessarily indicative of the future, 2) even 115 years of market data isn’t enough to draw statistically significant conclusions on many interesting questions, especially those involving relatively rare events, and 3) the US stock market is not the whole stock market, and the rest of the global market, which at Elm forms a significant fraction of client portfolios, looks a lot less frothy than the US market.

With these caveats in mind, the first question we ask the data is: during times when the market has been “expensive” what has been the average cost or benefit of waiting for a correction of 10% from the starting price level, rather than investing right away? We define “expensive” as times when the stock market had a CAPE (Cyclically-adjusted Price-Earnings Ratio) that was more than one standard deviation above its historical average level. While the CAPE of the US Stock Market is currently hovering around two standard deviations above average, as per our second caveat above, there aren’t enough equivalent periods in the historical record to make a statistically significant data analysis conditioned on the current state of the market. We focus on a comparison over a 3-year horizon, which we choose because the investor is unlikely to wait indefinitely for the hoped-for correction. The most salient findings from this analysis are:

We’ve made some very specific assumptions here: that the investor is waiting for a 10% correction, has a 3-year horizon, etc. So, we repeated this historical analysis with correction ranges from 1% to 10%, horizons of 1-year and 5-years, and with different criteria for what makes the market look “expensive.” 4 Each point in the chart below represents a combination of these four assumptions. You can see that across all scenarios there has been a material cost for waiting. The longer the horizon that you’d have been willing to wait for the correction to occur (the red points represent a 5-year horizon), the higher the average cost.

Now shifting focus from the historical record to looking forward, it’s true that the lower one’s expectation of the stock market return, the lower the expected cost of waiting for a correction. If you believe the stock market has a negative expected return to a particular horizon, then waiting for a correction to invest makes sense. However, at least as far as the historical record for the US stock market goes, higher market valuations are consistent with lower prospective long-term returns, but not negative expected returns.

We’re not suggesting that looking at the historical record closes the book on the question of whether or not to wait for a correction. As you know, we firmly believe in the axiom that past returns are not indicative of future returns – and there are many other personal and circumstantial factors an investor should consider before deciding whether entering the market now is the right thing to do. However, we have the impression that some investors, like our client who got us thinking about this question in the first place, are waiting for a correction specifically because they think that history shows that waiting pays. We hope it’s been useful to show that history, for what it’s worth, doesn’t support that view.

For further related reading, you may enjoy our recent note: What’s the Best Way to Get Invested in the Market?