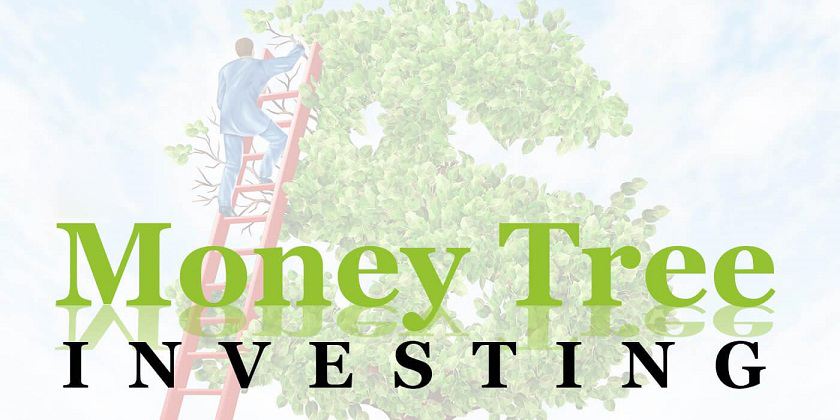 Victor was recently featured on MoneyTree’s podcast, which focuses on providing education and information for investors. The following is an excerpt from his conversation with host Kirk Chisholm. You can also listen to the audio on Spotify or via MoneyTree (Victor is on for the first 35 minutes or so).

Kirk Chisholm: Victor, tell us a little bit about your background, you know, how you got to where you are today.

Victor Haghani: I started off straight out of university going to work for Salomon Brothers in New York in 1984, working in fixed income research, the bond portfolio analysis group, and eventually wound up on the government arbitrage desk and working for John Meriwether. And when John went to set up LTCM, I followed him and was a founding partner there, and moved with my wife to London where we lived and raised our family until a few years ago. In 2001, I decided to take a long sabbatical from finance for about 10 years.

And I realized that I was just not doing a very good job of managing my family’s wealth. I tried out a couple of different approaches. First I tried to do what I saw a lot of friends who I respected doing, which was to try to beat the market, investing in hedge funds and private equity and angel deals in VC and various one-off trades, and so on.

And I just felt that it wasn’t for me. It was too much work. It was very tax inefficient. I think that the risk/return wasn’t even that great. So, I was attracted back to the basics of wanting to be invested in a very diversified, long-only portfolio. I started to move my family’s savings into a portfolio of low cost, broad market index funds. As I was doing that, I realized that there were a few questions that anybody moving in that direction needs to answer for themselves.

As I thought about those questions for myself and my family through discussing it with my friends, I started to realize that other people wanted to move in this direction too. But they didn’t really want to spend a lot of time implementing the sort of framework of managing a portfolio of low-cost ETFs and index funds and doing tax loss harvesting and the like, so a business was born. It started off with my family as the first client, then a dozen or so friends invested. This was back in early 2012.

KC: You mentioned LTCM, and your time with John Meriwether. Maybe you can talk a little bit about your experience there and what you learned from that experience.

As you know, we had a bad outcome, but it seemed like a really good investment–it was a reasonable position to believe that the expected return of the fund was maybe 10% to 15% and the annual standard deviation was 15%. Something like a sharp ratio of 1.0 or 0.75 seemed pretty reasonable as an expectation for what we were doing. Investing in equities, maybe that has a Sharpe Ratio of just 0.3 or 0.4. On top of that, we didn’t have to pay an incentive fee.

So here’s this great thing. How much should I have invested in it? How should I have thought about that? One possible answer is, well, just invest as much as you can because it’s so good. The more that you invest, the higher is your expected wealth. If you could get leverage, that would lead you to a higher amount of expected wealth in the future.

If I had really thought about it more like that at the time, I would’ve invested less.

I think that when you find a good investment, that’s an important part of successful investing, but it’s possible to own too much of it—even if it ultimately turns out to be a great investment. With LTCM, within about 12 to 18 months after October of ‘98, most of the positions worked out well. Most of them, not all of them, ultimately performed as we expected when we put them on.

So, if you find a really good investment but you own too much of it, you can actually go bankrupt. It’s the same with equity markets: If you’re sitting there in the year 1900, and you know that equities are going to give you a 10% return for the next 120 years, well, that’s great.

What should you do? What if you could get five times leverage on that? And you think, well, that sounds great– I’m going to have all the money in the world after 120 years, or my great-grandchildren will. But no, with five times leverage you would’ve been wiped out several times. So that’s not the right strategy.

KC: So how do you look at position sizing?

VH: I think that the approach to take is to start by calibrating your personal level of risk aversion. And there are a lot of different ways of doing it—let’s say you’ve done that.

Risk is a tangible cost to me, just as much as paying fees. If I have to take more risk, that’s like actual money out the door. It’s not quite the equivalent, I’m not actually paying anybody for the risk I’m taking, but I should almost have a little bank account when I take risk. I should have to put money into it for taking the risk and evaluate the things that I’m doing with the assumption I have to pay for taking risk.

KC: You mentioned asymmetric risk. It’s a topic that the experts don’t talk about enough, but yet it’s kind of the baseline for a lot of investing, certainly on an institutional level or at your level.

Seems kind of obvious, but many people are tempted to buy a bond if it has a promised extra return of 4% or 5% because people perceive the credit as kind of shaky, but it’s very likely they’re going to pay it back. You’re getting this extra 4% return because they might not, and if they don’t, you’re going to lose a lot of money. But the attraction of the promised yield, the yield that you can almost tangibly put your hands on, leads people to take some of these negatively asymmetric tail bets that are really a problem for wealth accretion.

That brings us into talking about options. They can be helpful sometimes in trying to cut off negative tails or trying to create positive tails, but for individual investors, I think they’re really hard to analyze.

At the end of the day, the options market is a zero-sum activity. You know that everybody who buys a call option is buying it from somebody who’s selling them a call option, same for puts and so on. I think that the idea that you’re getting in on something good with options is something to be a little bit skeptical about. There are times and places where protecting your positions with out of the money put options, or trying to get some positive asymmetry into your portfolio with call options, can make sense. And often it’s a lot better than other alternatives. I’d much rather see somebody buy out of the money calls on the stock market than buy two week call options on Tesla, or even to just buy Tesla for that matter. I’d rather see somebody at least get the diversification of the stock market through the options mechanism, then have a concentrated position in a couple of highly volatile stocks.

In general, I think it makes sense to just have an amount of equities that you’re comfortable with rather than having more than that and then trying to buy and roll put options on the portfolio. It feels more comfortable to me to do that.

VH: As far as we know, outside of Elm there’s no purely algorithmic, dynamic, low-cost asset allocation product available for individual investors out there. If you would use a Betterment or WealthFront, they’ll put you into a static portfolio that they feel meets your risk tolerance and your goals and so on, but they don’t change that as market conditions are changing.

That’s the main decision that I’m making with my family’s savings, and our clients’ savings. I’m not worried about a lot of other asset classes. The main ones are stocks and a safe asset. Now for me, the safe asset really is TIPS. I want to take my wealth and spend it for the rest of my life and give some to my kids and have them spend it for their lives and so on. I want a real, inflation-protected stream of consumption over my life. And so actually I find that long-term TIPS are a safer asset for me than owning Treasury Bills. You’ve lost 25% percent of your purchasing power by being in Treasury Bills over the last 10 years or so. And in the 1940s into the early ‘50s Treasury Bills lost 35% to 40% of their purchasing power.

That’s the same as just losing your money. There’s no difference between that and just losing the money and then keeping up with inflation. At Elm, we say, okay, let’s look at earnings yield minus the yield on TIPS and we’re going to increase or decrease our allocation to equities based on that.

That’s a decent, simple proxy for risk. When momentum is negative, generally the market’s riskier and we want to reduce positions, and vice versa. So, for example, since October of 2021 we’ve been reducing our allocation to equities as momentum in more and more of the global equity markets has gone negative. Almost all major risk assets are in this negative momentum territory. So we want to be underweight for that, but we also want to take account of the long term earnings yield minus TIPS rate, which is pretty attractive right now.

That means that altogether, we’re underweight versus our baselines by about 15%. We’re 60% in equities right now, which is this balance between the markets being sort of risky because momentum is negative on the one hand, and the earnings yield minus the TIPS rate on the global equity market being 6% or 5% right now, which is a lot of extra expected return relative to the safe asset.

For more of the conversation, please listen on Spotify or via MoneyTree (Victor’s segment runs for about the first 35 minutes).