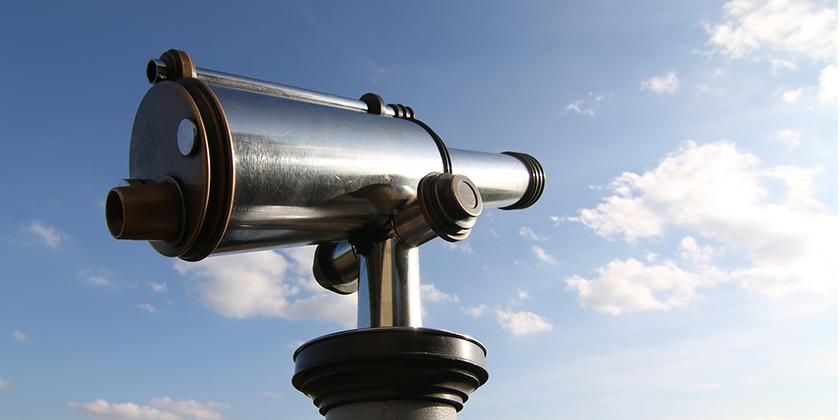 Many of Elm’s investors have asked what we thought of the changes announced by Vanguard last week. I thought I would share a few of my thoughts on the subject.

In case you missed the news, Vanguard said they will include small capitalization stocks in their main non-US equity index funds, but what really caught the headlines was that they will also increase the weight of Chinese equities in their emerging markets funds through the inclusion of China A-shares. The two changes will significantly increase the representativeness of Vanguard’s index products.

Small Caps
Over the remainder of 2015, Vanguard will be changing the benchmarks it uses for its European, Asia Pacific, Developed Market x-US and Emerging Market equity index funds to include a roughly 10% weight in small caps. Vanguard stated they don’t expect the expense ratios on those funds to change, which for their institutional share classes currently average 10bp. Our portfolios at Elm currently get their x-US small cap exposure from a combination of Vanguard, Blackrock and Dimensional Fund Advisors’ vehicles, with average expense ratios of 38bp. Once Vanguard implements this change, we will be able to reduce our use of these relatively expensive vehicles, saving 28bp on about 10% of our x-US equity holdings, which will represent a savings of around 1bp!1

China
China A-shares are Renminbi-denominated shares in mainland China-based companies that trade on the Shanghai and the Shenzhen Stock Exchanges, and are only freely available for purchase by mainland citizens. Foreign investment is allowed primarily through a quota system called the Renminbi Qualified Foreign Institutional Investor (RQFII) system.

The current market value of A-shares is big. At $6 trillion it is 50% bigger than the market cap of both the Japanese and UK stock markets. But, due to the RQFII limitations on international ownership, these shares are not currently included in the main equity indexes published by MSCI or FTSE. The situation is changing as China has been opening the A-share market to international investors. As a result, MSCI and FTSE are on the verge of including A-shares in their main indexes. MSCI announced that they need China to make further reforms, but they expect that A-shares are on course to join their indexes by May 2017. It could be much sooner than that. FTSE set up a shadow index that includes A-shares in the proportion to the amount that foreign investors can hold through the quota system.

Vanguard decided it was time to start including A-shares in their Emerging Market index fund, and will be moving to track the new FTSE Emerging Markets All Cap China A Inclusion Index by the end of 2016. As things stand today, China represents 26.2% of the Vanguard fund. After the transition, China would increase to 29.2%. It will do this by buying 5.6% in A-shares, while reducing other China related holdings by 2.6% and other holdings by 3%. Vanguard’s main Emerging Market fund has $67 billion of assets, and so the increase of 5.6% in weight to China A-shares represents buying of $3.7 billion of A-shares. A-shares often trade more than $100 billion in a day, which is why Vanguard believes it can make this adjustment without impacting the market. Vanguard has also stated that they can do this tax efficiently.

While the initial Vanguard transition is a relatively small step, over the longer-term as China opens its markets to free international ownership, index fund investors will need to buy a very significant amount of China A-shares. If FTSE and MSCI did not take account of China’s quota on foreign ownership of A-shares, Chinese equities would represent close to 50% of their Emerging Market indexes, so you can see Vanguard’s reweighting still has a long, long way to go.2 Assuming a full inclusion of China A-shares in MSCI’s and FTSE’s global indexes and assuming 10% of global equity holdings of $70 trillion are indexed (just a guess), we estimate this increase in A-share holding would cause buying of around $350 billion, which probably would have an impact, especially over a short period of time.

Should we be concerned that China A-shares have rallied 85% over the past 18 months, have a trailing PE of around 20x, and are trading at a premium of 30% to H-shares3 in the same companies? Yes, but to begin with the inclusion is relatively modest and Vanguard is making its transition over an 18 month period. Also, to the extent that future inclusions increase the valuation of the MSCI Emerging Market equity index that we use, our desired asset allocation will reflect this higher valuation, although in a moderate way, as China A-shares will be part of a larger index. Furthermore, it is expected that not only will China open its market to foreign investment, but that it will eventually allow its own citizens to invest abroad and it’s possible this could be a bigger capital flow than index investors buying A-shares. As if to highlight this alternative perspective, the week of these MSCI/FTSE/Vanguard announcements corresponded with the worst week of performance for Chinese A-shares in the past 7 years. Or perhaps it was just another example of “buy the rumor, sell the fact.”

Looking forward, we expect the market cap weight of Emerging Market equities in general, and China, India and Saudi Arabia in particular, to increase dramatically as these markets are more freely opened to foreign investors, and the index providers increase their weights. We believe that market cap weighting is a good starting point for building a diversified investment portfolio, but that it can be improved upon by taking into consideration other fundamental data that should give us a more representative and balanced portfolio. As we described in our 2014 year-end report to investors, we expect market cap indexes to converge to Elm’s “baseline” weightings over the long term. Another benefit of our approach is that it reduces the tendency of pure market cap weighting to overweight overvalued investments. We will continue to monitor these developments and take account of the changes in the Vanguard and other vehicles we use. For example, if the appropriate low cost vehicles become available, we may decide it makes sense to split our Emerging Market equity bucket into two buckets, one for China and one for EM x-China.

We welcome these changes to the construction of the Vanguard index products, and agree with Vanguard CEO Bill McNabb’s statement that, “the best proxy for a market is one that provides the most complete and comprehensive market-cap-weighted coverage, which is why we believe these moves are in the best interests of investors.”

For more information about Elm Partners and our investment strategy, please visit us at www.elmwealth.com or e-mail info@elmwealth.com.